Lessons from Calvin on Missions: Calvin and World Missions 4 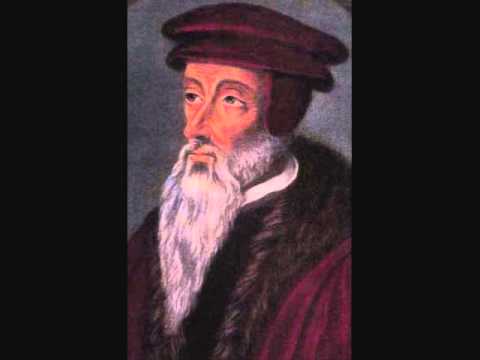 Lessons from Calvin on Missions

If the gospel be not preached, Jesus Christ is, as it were, buried. Therefore, let us stand as witnesses, and do Him this honor, when we see all the world so far out of the way; and remain steadfast in this wholesome doctrine…Let us not deceive Jesus Christ in the testimony we owe Him, by stopping our mouths, when it is needful to maintain His honor, and the authority of His gospel. Yea, and when we see our brethren afflicted for the cause of God, let us join with them, and assist them in their affliction. Let us not be shaken by the tempests that arise, but let us always remain constant in our purpose; and stand as witnesses for the Son of God, seeing He is so gracious as to use us in such a good cause.[1] John Calvin

If Calvin were to return today and see the state of the Reformed Church he would be depressed.  What would likely most upset him is the dearth of men with fire in their bones for the preaching of the word.  This is the single most important lesson that can be learned from John Calvin concerning missions: ‘Send trained men who are faithful, passionate expositors of the Word of God’.

Of all the titles that could be given to Calvin, ‘expository preacher’ seems most apt.  “For Calvin … handling Scripture was a sacred responsibility… He firmly believed that when the Bible speaks, God speaks.”[2]  What is so desperately needed today in America is also desperately needed on the mission field:

There must be a decisive return to preaching that is Word-driven, God-exalting, Christ-centered, and Spirit-empowered. We desperately need a new generation of expositors, men cut from the same bolt of cloth as Calvin.  Pastors [missionaries] marked by compassion, humility, and kindness must once again ‘preach the Word.’  In short, we need Calvins again to stand in pulpits [and in foreign lands] and boldly proclaim the Word of God.[3]

To accomplish this objective we must follow Calvin’s example and train sound men before sending them on the mission field.  Comments like, “if all else fails, I can be a missionary” heard in the halls of many bible colleges and seminaries, would send Calvin into an epileptic fit.  He prepared his men for the field.  It was not a game for him, it was life and death.

Those who were ordained and sent out as church planters were exceptionally gifted men. Some of them were from aristocratic families and most were from a well-educated upper middle-class background in France. Very few were from artisan origin and none from a peasant background. With the exception of Pierre Viret who was Swiss, (he became the pastor of the largest church of 8,000 communicants at Nîmes), these church planting missionaries originated from almost every province of France. This fact helps explain how it was that almost all regions of France were permeated with the gospel.

Men like John Knox don’t ‘just happen’, they have been discipled.  As Calvin’s student Knox is an example of what a man can accomplish for the Kingdom of God when they have been set apart by God, anointed by the Holy Spirit, taught by the best teachers, and committed to the faithful preaching of the Word. We should be sending our best-trained men out on the field and we would do well to follow Calvin’s example in preparing them.

A third lesson we learn from Calvin is the importance of Church planting. Calvin didn’t send people on ‘short-term’ mission projects only to return with tales of how many souls were saved.  He sent trained men to plant and Pastor Churches.  As one blogger has rightly said, “on the basis of his outreach to France, one could argue for Calvin as a genuinely apostolic church planter. In 1555 he planted his first Church in Poitiers. Over the next 7 years there were 1,750 ‘Calvinist’ Churches planted in France.”[4]

Several other lessons could be distilled from Calvin; the importance of prayer, the role of the Holy Spirit, a commitment to sound doctrine. These things have all been pointed out before and are central to any truly missionary endeavor.  However to close let us look at one last lesson that is surely impressed upon you when reading Calvin beyond the Institutes and Commentaries.  If you pick up a copy of his seven volumes of Tracts and Letters[5] you will find a man who was tireless in communicating with those who have been sent out to the mission field.

In these seven volumes we find numerous correspondences with those who were persecuted for their faith, planting churches and generally doing the work of evangelism.  We would do well to read these compassionate words and remember the importance of the ‘sending church’ keeping in touch and encouraging those who have left all and have taken up their cross and followed Christ in to foreign lands.

It is not enough to give financially.  It is not even enough to pray.  We must also be connected with those who are sent.  If Calvin in the 16th century could stay connected to his missionary brothers and sisters how much more can we in the age of text messaging, email and FedEx.

In closing it is worth noting that like everything Calvin did, missions should be done for the Glory of Christ and the advancement of His Kingdom.  Calvin’s prayer following his expositional sermon on Galatians 4:8-11, is a fitting ending to this paper and would likely be the same prayer he would pray today if he were with us:

That it may please him to grant this grace not only to us but also to all people and Nations of the earth, bringing back all poor ignorant souls from the miserable bondage of errors and darkness, to the right way of salvation, for the doing whereof it may please him to raise up true and faithful ministers of his word that seek not their own profit and vainglory, but only to the advancement of his holy name.[6]